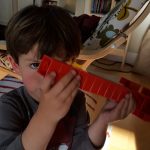 So I was determined to start this week with a bang. I was going to crack on with marketing, tell the world about my new book and all that, and then Monday morning happened.

Once again, it was a fugue-state of solo-parenting in which I was trying to squeeze a three-year-old out of the building, prep the house for the cleaners, and push forward all the other random crap that floods our lives. By the time I got to my coworking space, I was already knackered.

I stared blankly at my to-do list and thought to myself: I’ll do a little science first, before all the sensible extroverted stuff. That’ll pick me up. So I investigated ‘multi-level selection’ in the hope of being able to quickly put together some nifty citizen-science blog posts. Then 4pm rolled around, illustrating that my quick bit of morning simulation-building had turned into a mind-swallowing investigation. Furthermore, I still hadn’t beaten the subject into submission. (Perhaps understandable given that it’s a topic that has sparked a multi-year flame war between biologists and sucked up numerous careers.) Some people have games or Facebook. I have science. Same difference. 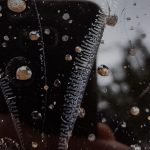 So another day swings by in which I achieve far less than intended. On the plus side, my grasp of adaptive modeling of Prisoner’s Dilemma is sharper than ever. Sadly, the only thing less financially sensible than writing novels is picking fights with evolutionary biologists over controversial hot-button science issues. 🙁