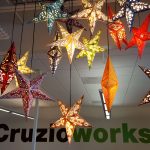 I did a thing! Last night, I ran an applied improv workshop here in Santa Cruz for the people in my coworking space, and broader community. I’ve been wanting to do this for over two years now, but the chaos-tunnel of lead-parenting plus writing novels rendered that goal, to all extents and purposes, inconceivable. I have tried to get this event up and running a half a dozen times and stumbled at every hurdle.

In the end, we had just six people—the absolute minimum viable number. There was a nice lady doing the vacuuming while we played games. And given that I’ve run workshops of this sort for audiences of hundreds at major international training conferences, it might not seem like much. But for me, it constituted a major win. It’s a piece of my life turning back on after a long period of difficult dormancy.

I think it’d be hard for people who aren’t parents to grok how going from 300 people to 6 plus vacuuming support can feel like a victory. But it does. It really does. Today six people playing silly games in a meeting room. Next week, presuming we can find a space, there  might even be seven. After that, babysitter-permitting, the world.