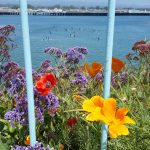 I did a reading this morning at Cruzioworks where I write.  It was fun. We had a great conversation. I also had less than a third of the people present compared to when I read from my first book, despite the fact that I now know more people in the space, and am more widely respected. That differential interested me, and I found myself thinking about in the context of other things I’ve seen about the authorial process.

There is a thing that happens to you as a published author. You write a book. You put it out in the world and you hope that it’ll get picked up. And then it does. Hooray! People are interested. They say they like it. That’s all well and good, but that’s where it starts to get weird.

Your publisher tells you to write another one. If you’re in SF or Fantasy, they generally ask for a sequel. So you do that. And, with luck, you do a much better job next time, because this time you know what you’re doing. You’ve met your audience. You’ve seen the process.

Then your second book heads out into the world and is met with… a sort of quietness. If you didn’t smash it the first time round, and create a miraculous self-sustaining wave of enthusiasm, you’re in trouble already. That’s because you’re no longer new. Even if your new book is five times as good, according to all your beta-readers, who’s going to notice? People have already decided that they know what you’re like, because they looked at the first one, or chose not to for whatever reason. If your wave was already big, it gets bigger. If it wasn’t big the first time round, it shrinks. Even those people who disliked your first book seem to vanish.

Is this the publishers’ fault? No. Publishers have little choice but to capitalize on this effect, and so find themselves reinforcing it, but they don’t create it. The problem comes from the way in which human brains process information. New, unfamiliar stimulus comes in at a priority so that it can be classified. Familiar stimulus is funneled into a pre-created mental bucket. Material that cosmetically looks familiar, but turns out to be different, generally creates frustration, not joy, because nobody likes to discover that they’ve made an incorrect prediction.

So how do you succeed if you don’t arrive with a splash, like most authors? Well, I guess you have to build back up, slowly, by surprising and delighting your readers one a time. You hone your craft. You hope that you can generate satisfied customers faster than people lose interest. And you do all this against a backdrop of fiction not being a self-sustaining exercise in the first place.

Is it worth the ego-hits that come along the way? Is there a point to marching forward through all that misty, uneasy silence, metaphorical pen clutched in your sword-hand? I think so. Because the only way to get through the valley of fear is to keep moving.

That’s why I liked my reading this morning. We had a great time, all six of us. We talked about the future of the human race, and robots, and genetic engineering, and AI. We explored.

I don’t blame the other people in my coworking space who didn’t show. They had plenty of other stuff to do. If I want them all to come next time, I have to earn back their attention. Then, even if I only get the same crowd that showed up the first time, I still know I’ve won. Because next time everyone turns up, they’ll know why they’re there, and so will I.