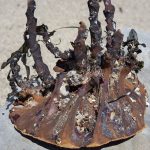 Everyone loves a good alien invasion story, right? We’ve been busting them out since H. G. Wells first got his war on. What kind of tale better brings out existential panic at our own insignificance or our smugly iron-clad belief in the awesomeness of Homo Sapiens. So why, when I look at some of the alien invasion stories hitting print and film do I feel this flat, bored feeling?

I think it’s because this sub-genre seems to have gone into reverse. Wells started us off well, with big, goopy bad-guys with unstoppable machines and zero knowledge of microbiology (about right for the late Victorians). By the 1950s and 1960s, we’d upgraded to morally sophisticated stories about humanity’s own limitations. And from there, up to and including the early 2000s, the stories kept evolving, getting steadily more technically sophisticated even while our hope for the future thinned out. To my mind, the wave finally broke around 2006 after Peter Watt’s excellent book Blindsight showed up.

Since then, alien invasion stories have settled into a trope-rut. More and more, they optimize toward idiots running around with machine-guns yelling at giant insects (something Heinlein covered adequately a while back). Humans are plucky underdogs, battling bravely against impossible odds. Aliens are big and sticky with teeth and bewildering gaps in their technology relating to water/software/food supply, etc.

‘Oh no, Coordinator Xzzyllchh! The humans have discovered our crippling inability to use doors!’

‘All is lost! Prepare for messy self-destruction!’

Yawn. Is that really the best we can do? The question is, why the retreat from awesomeness in the first place? I think there are several reasons.

Bug-fight stories are fun, so why not write even more of them it that’s what people want? I mean, who cares, right? We all cheer ‘whatevs!’ and dive back into our phones.

The more we learn about the universe, the clearer it is that any aliens that are out there are awfully far away. And if they had the chops to come visit us, chances are they’d have much better things to do than stomping around on our planet in badly-designed exosuits. Like, for instance, vaporizing us from the distance of Jupiter, which wouldn’t be that hard once you’ve crossed the interstellar void. Or just flying a bunch of microscopic drones through our atmosphere and copying anything valuable we had with 3D printers at a safe remove. So thanks, science—another nice storyline buggered.

A lot of the obvious good ideas around alien invasion have been used, and used again. Bug-fights at least have staying power. Coming up with something that nobody has done before seems like a lot of work. And kind of pointless given that the audience would be happy with another bug-story. (After they’ve finished their current level on Jewel Birds Crush Run Extreme, that is.)

So in the name of saving this excellent and venerable literary tradition, I offer to the world three ideas for alien invasion story ideas that I just made up and which I don’t think have been done. Just to prove that the field is wide-open, and that there’s tons more room for play.

Hyper-intelligent aliens swing by for a quick look at the human race before buggering off to something more interesting. While they’re visiting, they happen to accidentally vent their waste-chutes, disgorging unwanted pests from their hold. The pests, as it turns out, are eight-foot bugs in shitty exosuits with laser rifles. The human race had to conduct its own extraterrestrial pest control exercise. With the Marine Corps, of course. And shouting. They fortunately discover that the bugs cannot bear the sight of soap.

Aliens that look like tiny Marines invade Earth through mini-wormholes, bent on destroying a dangerous species before it evolves to become dangerous enough to invade them. That deadly species: bees! The human race must rally to protect the bugs before our world is stripped of all its pollinators and our food supply vanishes. The aliens, though, realize that their machine mind made a mistake in assessing the risk, because the human race was already finishing the bees off anyway. 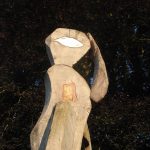 In a desperate attempt to conserve a fragile and interesting, if ugly, species before it renders itself extinct, aliens mount an attempt to rescue us. They intervene by mounting an apparent invasion, reducing the human race to plucky bands of resistance fighters, as it seems to be the only way to get us to functionally cooperate. Alien care-workers inhabit carefully engineered dummy-bodies, designed to neatly come apart when assaulted by humanity’s laughable weapons. Under their gentle guidance, humanity manages to finally get its act together and starts attending a formal workshop program for the barely sentient.

Do you think I’d doing the sub-genre a gross disservice? If so, good. I invite you to let me know in the comments.