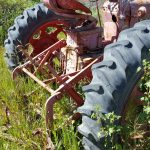 Let’s get this cleaned up. There are three terms, they mean different things, but people use them in a muddy, mixed up fashion, with varying degrees of value judgement. I’m here to set the record straight.

Geek: a person who enjoys details. Whether it be the history of a comic book universe, or the more complicated elements of role-playing, or the decks of the Star Ship Enterprise, or train timetables, or bird species.

Nerd: a person who gets off on ideas, and the manipulation thereof. This might be science, or music, the law, or math, anything else where abstractions can have appeal in their own right.

Dork: a person who has a limited grasp of, or disinterest in  social cues. This might be someone who says obtuse things at parties, or the guy who shouts into his cell phone, or the guy in the corner picking his nose, or Donald Trump.

You can belong to any combination of these groups, or none at all. I, for instance, am a nerd, but not a geek. Many of my friends are geeks. I don’t understand them but I love them anyway.

To my mind, dork is the only one with negative connotations, and there are at least as many dorks who are neither geeks or nerds than those who are.

Do I see geek and nerd as badges of pride, after a fashion? Of course. Because they both reflect a notion of competence. Both geeks and nerds self-reward for different kinds of mental self-improvement. But then again, I would say that, because I’m a nerd.

One thought on “Nerds, Geeks, and Dorks”