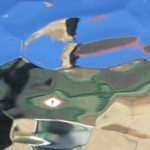 In my current, somewhat unexpected role of self-appointed SF/F curmudgeon, today I thought I’d get up in the face of the fantasy genre. My tiny beef today? London. Particularly the magical versions of it.

Now, a lot of good writing has been done in and around magical versions of London. I respect that work. Really. In fact, I’d go so far as to suggest that the topic has been excellently, exhaustively covered. Except, I notice, magical London books still keep happening. I have to ask why.

People want to set fantasy books in a novel urban setting in Britain? Fine. I’m down with that. But for crying out loud, it’s an island with seven-thousand-odd years of civilized history (give or take a long barrow or two), peppered with weird and wonderful cities and towns. Why do we keep picking London?

‘Because London is great!’ I hear you say. ‘It’s so atmospheric!’ But is it? Really? Or do we keep writing about London because a lot of people from the US have been there, so it creates a self-sustaining market for books? Or perhaps because a lot of people live there and wish it was magic?  Or because without constant willful belief in the specialness of London, it might become a little claustrophobic and depressing?

To my mind, London is the least magical place in Britain. Why? Because it’s full of people. It bustles. It’s full of human energy. It’s cosmopolitan. It has an underground-informed geometry familiar to almost everyone on the planet. London crackles and coughs and jabs at you. And that, to my mind, makes it the opposite of magic. Yes, it has history, but so does everywhere in Britain. Yes, it has crunchy little streets, but far fewer than a lot of places. Mostly, it has a traffic problem, noise, expensive restaurants, modern transport, and excellent phone reception.

‘Where should people be writing about then?” I hear you say. I’m so glad you asked. Here is a list of four places I’d love to see get a thorough magical treatment. And if they’ve been covered, please let me know in the comments, because these would be books I’d love to read.

This is one of the most obviously magical places in Britain, and everyone takes it for granted. Why do I say this? Because I’ve driven through it dozens of times in my adult life, and still manage to get lost. Because it feels quiet and strange. There’s no center, yet most people who move there say they like it, for reasons that always seem oddly bland to outsiders. Either that or people despise the place and are desperate to escape.

The entire town is laid out in a maze of roundabouts. There are pockets of inexplicable countryside seemingly inside it. It has history and modernity and surreal calmness and menace all locked up within. And yet nobody seems to comment on that fact. Could you ask for a town where it was more obvious that magic was at work? Except, people don’t ask. Because magic is at work.

Let’s face it, when I said Milton Keynes, chances are your first response was ‘What? That dump isn’t magic!’ But that’s what magic is like. Magic lurks. It shapes your attention. It slurps around at the corners of your eyes, hiding in unexpected places. What it doesn’t do is stand on street-corners yelling at you in a cockney accent.

This town has given me the creeps for years, and I love that. It was the hope of the Tropicana center, where I went as a child and never felt comfortable. It’s always windswept and desolate while desperately trying to charm you into staying awhile.

There is a reason why Banksy chose this place to put his Dismaland installation. He was riffing off the miserable, optimistic, doomed, keen-to-please vibe of this place. Ironically, by making use of it, he made Weston fifteen percent less magical. But still, you can’t go there without feeling that bizarre tug of two opposing voices. One cries ‘please stay! Don’t go!’, the other screams ‘LEAVE!’

And that’s another point. Magical places say things. You can’t even hear what London is saying over the sound of everyone chattering into their cellphones.

Norwich isn’t on the way to anywhere—a fact that local accounts of Norwich will openly admit, though nobody acknowledges how odd that is. Furthermore, it’s one of the few big towns in Britain that really has exactly no motorway connection. It’s been a while since I was there, so maybe they’ve widened the roads, but in my experience, getting into and out of Norwich was always a weirdly difficult chore. And when you get there, it’s unexpected. It’s pleasant and charming and one-eyed and brooding all at the same time. There are shops that you assumed no longer existed. There are funny little cobbled streets at peculiar angles. There’s a galloping drug and prostitution problem (or there was at one point, anyway). It has grit, modernity, history, and quaintness all crammed into the same box the wrong way up.

I did some improv shows in Norwich some years back and was astonished at how different the audiences were to everywhere else I’d performed. Their sense of humor had a dark, bawdy edge, as if something from the Middle Ages had lurked around undetected in the town’s psyche. If you wanted to set a story in a town with a curious vibe, an amazing past, and little alleyways hosting impossible shops, it strikes me that Norwich is where you’d put it.

Note the pattern here? Norwich feels off. By definition, London can’t feel off. It feels like the arterial blood of the world’s industry is roaring through it at a hundred miles per hour—which makes it about as magical as a small cafe latte at Costa Coffee.

This place isn’t a town. So maybe it shouldn’t be on my list. But it is most definitely magic, to the extent that some people have noticed this and yet it hasn’t reduced the location’s power.  The film director Derek Jarman, for instance, had a home here. (a secret wizard if ever there was one.) From time to time, people come here and shoot a music video or some such thing. But somehow, it doesn’t make the place any less vacant or uneasy.

Maybe it’s the giant nuclear power stations, hunched on the coast like impossible fortresses. Maybe it’s the endless swathe of shingle or the heavy skies. Maybe it’s the fact that everything that is put there seems to be immediately ruined and ancient. In any case, this place is oozing with fey power. It’s carried on every chill sea breeze, sliding around you, lingering on your skin, climbing inside your lungs. In some other realm one quarter out of phase with our own, there is quite obviously something monstrous and potent waiting here. So far, no author that I’m aware of has explained what it is.

In any case, you take my point. Magic is a whispery, interstitial thing. It lives in smashed greenhouses and failing department stores. What it doesn’t do is jabber and hoot in plain sight, locking up people’s attention. That’s what humans do. 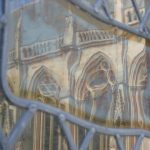 But then again, maybe that’s the magic at work. Maybe it’s slowly pushing all the humans in the land into London, so that the rest of Britain can get back to the business of being fey. I await and invite your opinions.