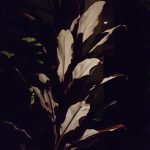 Bgork. Today I am confronting the fact that my life is turning on a dime. My third book is in to Gollancz. That means that barring edits, my contract is up, and I likely won’t know whether they want more books from me for another year or so. At the same time,  it has become clear to me that building my presence online and elsewhere is going to be a slow process, and one that is fostered by engaging in dialog, rather than shrieking into the void. So what to do?

The answer, obviously, is: write something, stupid! But as yet, I don’t have a single project in my head yodeling louder than the others. Instead I have a competing cluster. That means mulling and waiting for my subconscious to pick a direction.

But when I reach inside myself and ask for an general direction to start marching in, garbled stuff bubbles up.

“Change the world!” my child-mind yells. “Write some SF so badass that it makes everyone forget all the franchise-tropes from their childhood. Overturn everything!”

This seems like a nice stretch-goal, but one unlikely to come off. However, it goes downhill from there.

I have a six-year-old with ADHD living inside my skull, apparently. I have no idea what to do with him.