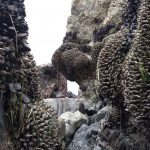 Yesterday I did a ranty post, so today I thought I should write about something I do like. Here’s one: The Expanse, from the SyFy channel, and the James Corey books that they come from.

The Corey books are fun space adventures. That’s a great start. But they’re so much more than that. For starters, the authors try to get the science broadly right, and I love that. I’m skeptical of their protomolecule, but dynamics of spaceflight they make use of are lovely, as are their toxic planets. (I also have both reservations and curiosity about their wormhole network, but I’ll leave that to another post.)

Furthermore, the books feature a diverse array of flawed characters collaborating to solve problems. Marvelous! They depict a future that’s politically complex and believable. They bother to play around with language and culture, and show how it’s affected by the environment. They make space sucky, yet still worth visiting. Which is exactly as it should be, IMO. The plotting is complex and tight, which I relish.

The books are also flawed, of course, like everything. Sometimes the military slugfests can feel glutinous and dull. The motif of ignorant, self-indulgent bullies ruining it for everyone else without much reason gets old even while it remains painfully honest to the human condition. And the series is getting kind of long and episodic. But I don’t care. I’ll read them all anyway, because they’re a cut above most of what I come across. So yay.

I don’t watch much TV. To be honest, I hardly watch any. My three-year-old needs alarmingly little sleep, and so when I do watch anything these days, it tends to be animated and involve at least one talking animal. My entertainment time, when I get some, usually goes straight into catching up on things I’ve been wanting to read. But I made an exception for this series and I’m glad I did.

Was it because I liked the books? In part. But beyond that, I was inspired that SyFy decided to try to do justice to them. They made the bold, good choice to put some money behind some decently complex SF and bring it to life on the screen. And, broadly speaking, I think they pulled it off.  They chose a mature, intelligent series with wide appeal, and then they properly went to town on it. With a good cast. And politics. And decent zero-gee. And plot that moves forward with each episode. 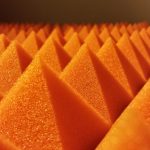 I guess the first series is way old news by now. But still, I think it’s worth acknowledging a job well done, both by the authors, and the TV team brave and industrious enough to pick up their work. May there be more of it, and more like it. I shall cheer it all.