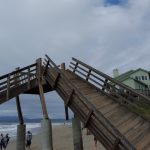 When I started posting blog posts here, I decided to keep off the science, put that stuff on the Tinker Point, and stick to personal, authorial, and SF related themes here. I’m going to break that rule a bit already, because what’s winding me up today relates specifically to SF and what I believe it stands for. And what the job of an SF author is.

There is a well-written, informative article over at iO9, written by the impressive Charlie Jane Anders. I have deep respect for Charlie Jane, and frequently enjoy her articles immensely. This one, though, drives me up the wall. So I have to respond.

The article is entitled There’s Only One Way You Could Personally Visit an Exoplanet.  The main thrust of the article relates to the difficulties of cryogenic storage of interstellar passengers, and with that topic I have no issue. She’s right. It’s likely to be a furiously hard problem to solve—something I hope to cover in future novels. However, it is with the secondary premise that I have a problem—that faster-than-light travel (FTL) is impossible. So let me take a moment to dismantle it here.

First, let’s start with what we do know.

Okay, fine. On the face of it, one might say that FTL has been pretty successfully ruled out already. But no. Wrong. Wrong wrong wringy-wring-wrong.

Here’s why: we just don’t know the first thing about what space is. We have no idea what it can do. We have a very nice physics that covers baryonic matter and bugger all else that we know has huge glaring holes in it. We have no physics of space worth a damn. The only thing we have is general relativity, which, while lovely and very accurate at large scales, refuses to play well with quantum mechanics and has been known to be riddled with logical problems since the first years of its creation. Go look up a Godel Universe, if you care.

Every model of the fine scale structure of spacetime that we have, that I’m aware of, requires that the smooth, flat space that we’re used to is an emergent phenomenon. The universe, at root, is non-local. Have a look at this nice book if you don’t believe me. What this means is that at some basic level, FTL happens all the time.  Every day. Inside your body. In that cup of tea you’re drinking. In your cat.  Definitely in your cat.

Please note I’m not insisting that FTL for people is possible. I’m just saying that asserting that it isn’t is flatly unscientific. It’s sort of okay for an SF writer to say it, I guess, but any physicist who utters such a phrase should have to go spend a year or two on the naughty step without any dinner. That’s because ruling out a hypothesis that has not been disproven because it fails to fit in a popular but incomplete mathematical formalism is bad form.

Even if they are possible, FTL drives might not be something we could build even in the next ten thousand years. But this is beside the point I want to make, which isn’t about science, but science fiction.

The job of an SF writers, IMO, is to understand and explore the possible. To be the keeper and gardener of society’s capacity for awe. To treasure the edges of what we know, and to tease them back, into the dark. To willfully inhabit the unknown and to hope beyond hope that rationality can and will conquer all.

How, in Hell’s hell-flavored name, can we possibly do that if we deny that certain possibilities exist out of scientific ignorance? I don’t think we can. That represents a closing of eyes and minds. It’s a denial of the Enlightenment. To do that with FTL turns space exploration stories into fantasy, and while fantasy is fine as itself, shoehorning SF into it is shrugging, and saying ‘meh, we don’t have to care about science, it’s hard anyway’. 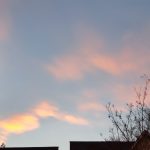 I want everyone to care about science. Science is how come we have cars and phones. If anything is going to keep us alive over the next hundred years, it’s having lots and lots of talented scientists. Open-minded scientists who can think beyond the single mathematical account they happened to find in their GR textbook.

So I’m going to try to inspire that next generation of scientists by giving them the stars. Because they deserve nothing less.