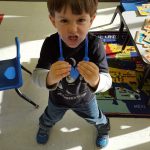 First, on the subject of Puppies, the nice news. When I went and checked out the Sad Puppies website, it’s clear that the movement is under new leadership, and that it has pivoted in its message. I like the new message much more than the old one. If their website is taken at face value, the most recent Sad Puppies campaign is about broadening the Hugos and getting as many people as possible involved in the nomination process. That way, they say, the award stays relevant.

I can get behind this idea. Is it, to some extent, a thinly veiled attempt to shoehorn more conservatism into the field? Probably. But who cares? If the new Sad Puppies achieve their stated goal, then fandom can decide, presuming that the community doesn’t rip itself apart in the process.

What opponents of the movement will rightly point out is that the awards were more democratic before the Puppies got involved. But they can’t deny that the Puppies have a point this time. The Hugos may have been democratic, but the nomination process wallowed in indifferent neglect.

If this lightning rod of attention is what’s needed to activate the community and foster proactive engagement, then another year of scorched awards and bad feelings seems a small price to pay. Will progressivism win out in the end? Yes, because demographics. Will fandom end up healthier because of this ridiculous process? I sincerely hope so.

Note that I have no opinion about the Rabids. They’re broken people, more sad than rabid. Let’s leave them aside and move on.

The main reason why I really, really didn’t like last year’s Sad Puppies campaign had nothing to do with politics. It had to do with why I like science fiction. A heartfelt statement of that attitude can be found here.

Last year, (if you leave out all the politics,) the Puppies were about campaigning for reliable, well-written, consistent, but fundamentally comforting fiction, AKA ‘Crunchy Nuggets’. I hate comforting fiction. I can get behind the idea of rewarding, well-written fiction, but I don’t want to be comforted. For the life of me I can’t really understand why anyone wants that in their SF. To my mind, SF is the literature of awe, and of exploration and failing, and being stretched. It’s where science meets fiction. That’s why it’s called that. And in science, you fail. All the time. That’s how you learn.

SF, when done well, is excellent and disagreeable and complicated and alarming and wonderful all at the same time. It is not safe. It is, to my mind, the highest form of art that humanity has ever reached for, which is why I write it and want to be a part of it. But that’s for another post.

I think what you’re really looking at with that earlier Sad Puppies campaign, is the difference between people who love SF, and people who love pulp. I am indifferent to pulp. I wish everyone else was too.

Which brings me to the review I got for Nemesis. I love this review. Why? Because Paul likes the book and still points out where he thinks I got it wrong. That gives me a way to do better next time. And he tells me that in at least one way, he felt I overreached. Great! Yay! I love books that overreach, because it means they’re trying to do something other than pander.

I hope all my reviews have a but in them. And here’s the most recent review of Roboteer. This one was a joy to read because I suspect Mark actually disagrees with me about some of the material in that book. Now I want to hug him. Hooray for polite disagreement, the backbone of democratic dialog! If people are feeling challenged by my books, then I’m doing something right. Let’s all agree to challenge each other and get better because of it.

And this brings me to Star Wars, and what SF has become. The original Puppies movement couldn’t have even gained traction were there not a vast, international appetite for bottomless slurry-bucket of warmed-over nostalgia. 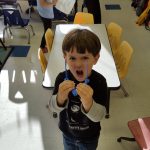 I will come clean about something that might even be professionally dangerous. I do not actually like Star Wars. It is not SF. There is no science. There isn’t even any aspiration. The politics is thinly veiled feudalism. The weapons are thinly-veiled broadswords. The space battles are thinly veiled WW1 dogfights. Again. Yes, this time they lumped in a more diverse set of protagonists, but come on.  That’s a pretty low bar. Do people really need a pat on the back for doing that? I should hope not.

I do not care that Star Wars is ‘fun’, or has ‘cool’ spaceships. District Nine was fun. It was also deep, challenging, and fantastic. Octonauts is merely fun. My three-year-old loves it. And furthermore, the spaceships in Star Wars aren’t cool. They were cool in the 70s. Now they’re just old and lame. In the forty-odd years since the first movie, have we really not been able to come up with anything cooler?

And this is what scares me about where SF is right now, that’s so different to where it was when the first Star Wars movie came out. Are we, as a community of writers and readers, about nostalgia and comfort and being spoon-fed pulp? If so, we might as well let the Puppies have the Hugos. Or are we about something else that lies beyond politics. Are we about newness and aspiration and adventure and difficulty and hope? Every book I write is going to aspire to those ends, and maybe overreach and maybe fail. Because there is try and not try. There is no do. That’s what I’m in it for. How about you? 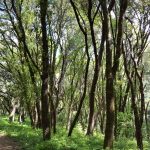 Today stared off pretty well. Thorfinn was nice this morning. No battering mischief. No big fights. Just decent Daddy-time. I also posted another rambling bag of crazy over at the Tinker Point, this time on the subject of money, as in what is it?

Along the way, I had a thought about readers and writers. Writers are usually desperate to get reviews and word of mouth referrals from readers. Being a published author is such a fragile, fiscally self-defeating state that you often feel the feverish need to do something. So you struggle to try to make your books visible without becoming a terrible human being along the way. That’s hard, because word-of-mouth isn’t something you can access or tap. And no amount of screaming into the Twitter-void is likely to help—particularly since the social media algorithms changed to make benign self-promotion effectively impossible. So what can you do?

My best guess comes from this great TED talk by Nicholas Christakis, a network scientist I greatly admire. He points out that there are ways you can leverage social networks to do things like preventing the spread of disease.

So if you can use those methods to prevent the spread of flu, why not use it to help authors whose work you admire? Even if you can’t promote your own work, you can help others. Here’s how it works. 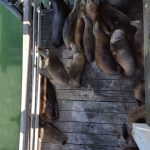 That’s it. You’re done. Of course, telling everyone you know is even better, but lots of really enthusiastic readers are introverts, just like the writers whose work they enjoy. It’s not reasonable for any author to expect their readers to become recommendation engines on their behalf.

I plan to start using this method myself for writers whose work I like. We’ll see how it goes.  And here, randomly, is a picture of the site of the longest and most acrimonious sea-lion fight I’ve ever seen, which happened yesterday. It was like an enormous, slow motion bar-brawl, with lots of lying down.

I write chunky crazy crap that’s too long for people to absorb, and hardly mention anything about the authorial process. Today, I’ve decided to fix that. So from now on, I’m going to try to post frequently on this site about what’s going on in my life and in my writing. The Tinker Point is going to continue to do what it does best, which is to host my wildly incoherent ramblings on weighty topics. 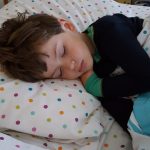 We’ll start with this. This is Thorfinn, AKA Mini-T, Wiggles, etc. When I’m not writing, I’m usually desperately scrambling around after him, trying to make sure that neither he, or the environment he inhabits, breaks irreparably.  his morning, upon waking, he looked at me sagely and said ‘Daddy, this is not a school day, this is a dream‘. How right he is. I’m raising an existential philosopher, apparently.

I’m going to keep posting to the Tinker Point. In fact, there will hopefully be more posts than ever over the next few weeks, starting with one on the nature of ownership.

But there’s plenty going on besides that. Last week, Nemesis came out. I’ve been trying to help it on its way with Facebook posts and tweets and what-have-you, but I’m struggling, as usual, with the weird pivot that an introvert has to do to when  confronted with the pragmatic necessity of self-marketing. Blergh. Has anyone found a way to do this that they’re actually comfortable and happy with? Anyone? 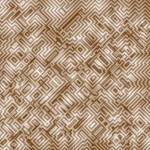 Nemesis is available in the UK on the 21st April, and Roboteer physically hits US shelves this September. Spacey goodness for people on both sides of the pond! 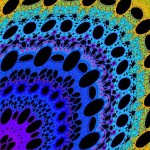 Roboteer is now available on Amazon. You can find it here. Hooray for publicationage! 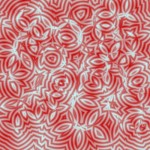 This site replaces my tragically fusty and eye-wateringly obsolete  former site, which featured Java applets, HTML tables, and Flash demos, amongst other treats. Can I manage to remain even slightly contemporary this time around? You be the judge!